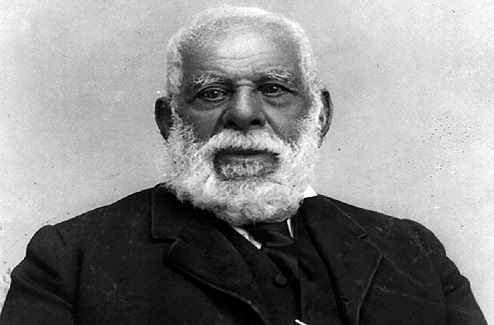 Let’s explore the story of a California native named Pio Pico, the last governor of Alta California. Have you ever noticed all the things that carry his name throughout LA? To name a few, you have Pico Boulevard, the City of Pico Rivera, two Pio Pico Elementary Schools, the Pio Pico Koreatown Library, Pico Canyon, Pico Creek, the Pio Pico State Historic Park, and the Pico House in the Olvera Street Historic Park area. This plethora of naming honors was no frivolous choice--there’s a reason for all these Pico-places.

Pio, an Afro-Mexican, was born in 1801 at Mission San Gabriel Archángel. 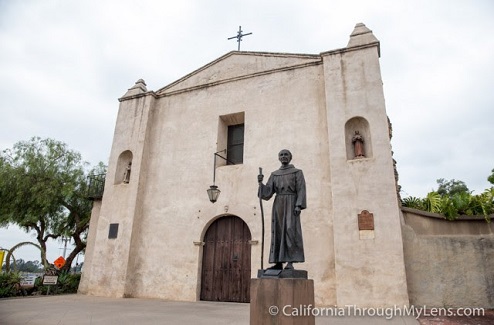 He passed away at the age 93 in 1894 and during his almost 100 years of life he played an important role in the shaping of California and Los Angeles. Pio spent his childhood years in San Diego. After Nueva España (“New Spain” that stretched across the modern American Southwest) won its independence from Spain in 1821 and became Alta California, there was a lot of optimism among the people for the future of the area. Fueled by this optimism, Pio mounted his first business venture in San Diego: a general store. This venture allowed him to travel about Alta California and in time he became interested in politics. He started his political career in 1826 when he was elected to an advisory board that served the governor of Alta California.

Pio’s wealth grew as he excelled in his position and purchased property throughout the region, and in 1829 he was given a land grant of 8,922 acres in the San Diego area. He continued serving on the governor’s advisory board for several years and even served as an interim governor in 1832. Before long, he was a wealthy and influential leader in California. 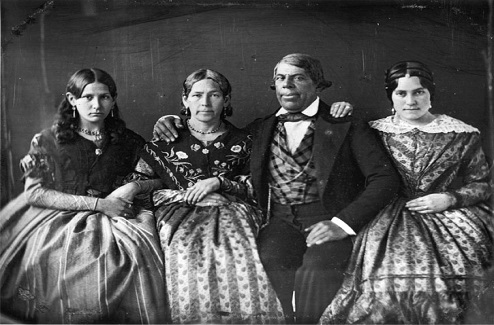 Come 1834, now-renowned Pio Pico is spearheading a new endeavor: the secularization of the California Missions, which led to private ownership of the missions by rancheros like Pio and some of his political allies. That same year, he married Maria Ignacia Alvarado and hosted an ostentatious wedding with hundreds of guests that lasted 3 days!

In 1845, Pio Pico was declared the governor of Alta California and moved the governor’s office from Monterrey to Los Angeles. The following year, Mexico and the United States declared war. New governor Pico travelled to Mexico to request more military support for the war. His plea was not only denied: he was also ordered to spend the duration of the war in Sonora, Mexico. During his sojournment, Andrés Pico was in command of the Mexican forces for the defense of California. After months of conflict, the United States prevailed officially claiming the California Territory in 1847 after a treaty was signed at Campo de Cahuenga (across the street from present-day Universal Studios).

Upon Pio’s return to California in 1848, he was ready to resume his role as governor but was barred from the opportunity, being told his only place in California now was as a private citizen. He had luckily retained his wealth, however, and continued to acquire and maintain large land holdings. 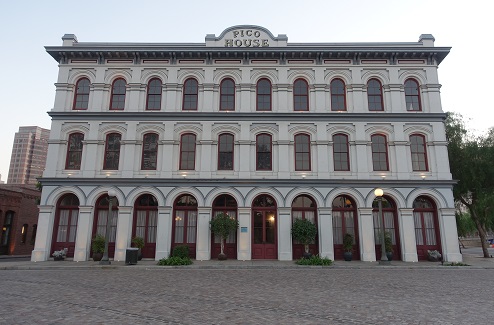 During the gold rush beginning in 1849, Pio increased his wealth by acting as one of the essential rancheros that met the demand for beef cattle. It was during these years that Pio tragically lost his wife who was only 44 when she passed in 1854.

Between 1860 and 1865, social and racial issues affected Los Angeles residents more than ever, and Pio, being of Afro-Mexican descent, struggled to confront this changing social atmosphere. Despite this challenge, he remained optimistic. He invested in LA’s first oil company in the midst of the tumultuous time which helped the city’s growth, and during the 1860’s and 70’s continued his investments in property.

His final property endeavor was the Pico House in the Olvera Street Historic Park area, where it still stands today. It was a luxury hotel that he built in 1869-70 at a cost of $85,000, ( $1,740,835 in 2020!). It was the first three-story building in LA and had gas lighting, indoor bath rooms and a French Restaurant inside. This project helped Pio regain his social standing among the elites of Los Angeles, but due to gambling, overspending and generosity with friends, Pio’s fortune began to steadily decline. 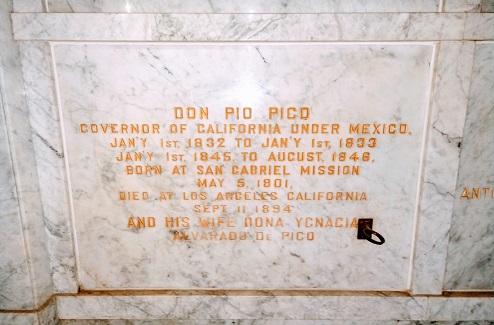 By 1880 Pio was drowning in his debts and constantly fighting battles in court over property disputes. Consequently, he could not pay the bank for his loan on the Pico House and the hotel was sold at auction for only $16,000 in 1880. He continued to lose properties in the coming years, and by his death in 1894 he was living in poverty and surviving from the support of close friends and family. Today, he and his wife are laid to rest at the Workman and Temple Family Homestead Museum in City of Industry. Walter Temple’s father, John, was good friends with Pio, so in 1921 Walter had the remains moved to their homestead because the Calvary Cemetery on North Broadway where Pio was originally buried was in a state of ruins. 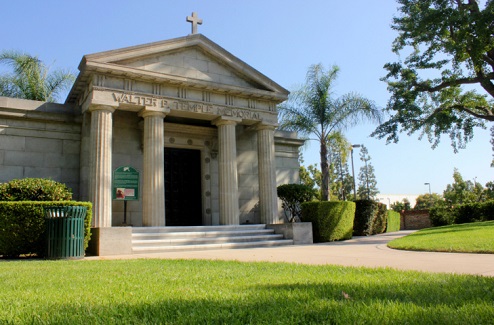 Pio Pico lived a vibrant, amazing life. He and so many other colorful characters shaped both our state and city. Still today we benefit from their adventures and endeavors. Join us on one of our tours to learn more about Pio Pico and some of our early pioneers!