Palm Trees, the symbol of LA 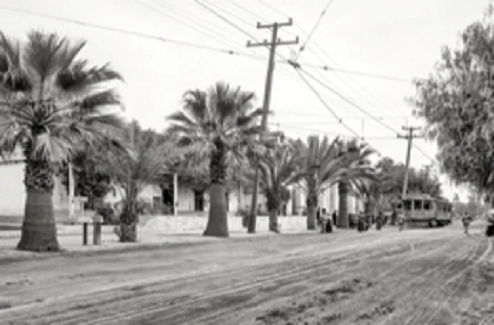 Los Angeles is home to many transplants—people, flora and fauna, but no transplant is truly more symbolic and iconic than the palm tree. While they are relatively new to the region, palm trees have made an enduring impact on the ethos of the city.

There is only one palm species native to Southern California, Washingtonia filifera, sometimes known as the California Fan Palm. But originally, it would never be as far west as the Los Angeles basin, with its natural habitat including parts of the Mojave Desert. The Los Angeles Basin was primarily a mix of scrubby chaparral, grasslands, and oaky woodland. But, today, alongside these native transplants, we see Canary Island Date Palms, Queen Palms, and, perhaps the most iconic, the towering Mexican Fan Palms. 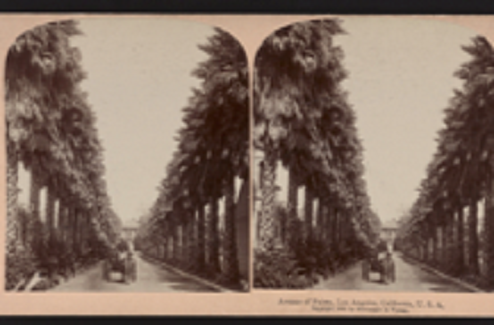 Palms were first imported to California with the building of the Spanish missions in the late 1700s. They were used ornamentally, to symbolize the Biblical nature of the missions, and practically, in religious ceremonies. However, this wave of palms didn’t instantly change the Basin into what it looks like today. Let’s think of these palms as the seed of an idea that would someday take root and flourish.

Los Angeles’ first large population boom coincided with the Victorian era in the late 1800s. At this time, palm trees were growing in popularity because they represented some of the important ideologies that were upheld in the era—ideas of exploration, discovery, and exoticism. Westerners were fascinated with symbolism from the Middle East, where palms grow freely.

During this time, palm tree numbers grew gradually. Developers planted them as alluring landscape ornamentation—transforming Southern California into a semi-tropical paradise rather than a semi-arid mix of woodlands and chaparral.  It was a great selling point to drive population growth—palms created an atmosphere of a desert oasis with luxury and glamour. Not only did the people grasp and fall in love with this idea but Hollywood did as well. Right in the midst of the Golden Era of Hollywood, the craze of palms truly took off. They both supported each other in transforming Los Angeles into the city synonymous with palm trees.

Then, a huge effort in the 1930s cemented the palm as a permanent staple of Los Angeles.   As many as 40,000 palms were planted as “street trees” both to beautify the city before the 1932 Olympics and also as a part of a larger unemployment relief effort putting hundreds of men to work. At this time, Mexican Fan Palms were cheap, and palms are very easy to move because unlike most trees, their roots are just a shallow ball, neither expansive nor deep. This massive wave of palms included many of the Mexican Fan Palms we see today all along our residential streets—the tall skinny palm reaching to the sky. 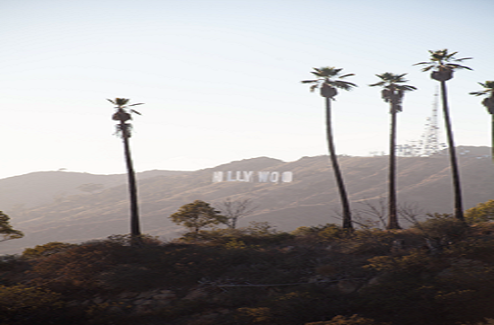 Looking to the future, as transplants, palms face many challenges in the Los Angeles Basin—climate change, pests, and water requirements to name a few. Although they once represented the cultural aspirations of Angelenos in the late 19th and early 20th centuries, they have become essential to the identity of modern-day Los Angeles. Their future may be uncertain, so, for those of us living here today, let’s remember their story and enjoy these marvelous transplants while we still have them.

We explore more about native and non-native Los Angeles plants, fauna, and flora on our Griffith Park: Fern Dell to the Observatory tour.