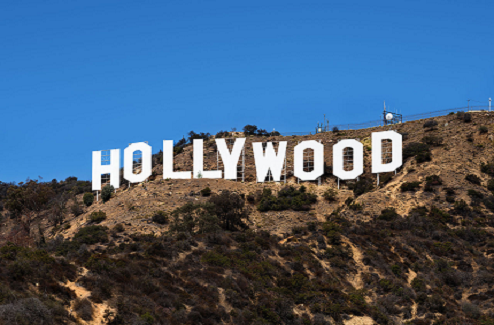 The iconic sign that graces Mount Lee’s hillside is an image recognized around the world--a welcome to the city of dreams: HOLLYWOOD.

It’s a sight that has greeted and inspired billions since its erection in 1923 by Los Angeles’s own Harry Chandler of LA Times publishing fame, but the original letters that dazzled Hollywood residents in the 20’s bore a peculiar addition that few modern-day ogglers know about: four extra letters that spelled out “LAND”. 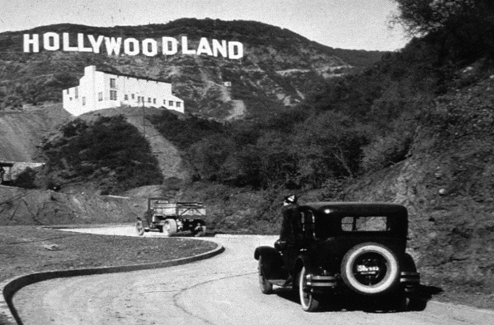 That’s right: the Hollywood sign was not intended to celebrate the city at all, but rather to advertise Harry Chandler’s burgeoning luxury property development named “Hollywoodland.” It wasn’t until 1949 that the Hollywood Chamber of Commerce erected a new sign in larger, more sturdy letters and snipped off “LAND” to create the sign we know and love today. 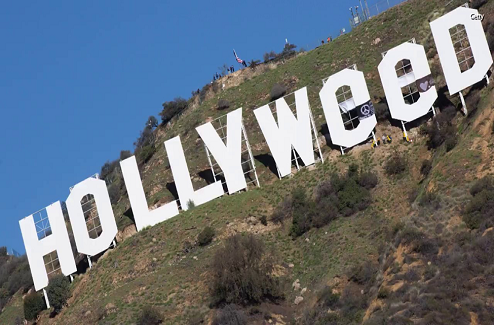 Beyond this unfamiliar beginning, though, the Hollywood sign has seen numerous alterations throughout its time, becoming a canvas for messages of social change, celebration, and playful pranks alike. The first of these modifications occurred on New Year’s Day of 1976 when an art student from California State University Northridge, Daniel Finegood, marched himself up the slope to Mount Lee with $50 worth of curtains he’d purchased for the deed and hung them artfully upon the signs double O’s, transforming “HOLLYWOOD” into “HOLLYWeeD.” The transformation’s use was two-fold: it acted as Finegood’s submission for a school project for which he was instructed to “work with scale” (purportedly, he earned an “A”), and it served as a celebration of marijuana possession becoming decriminalized, a change that went into effect that very day. 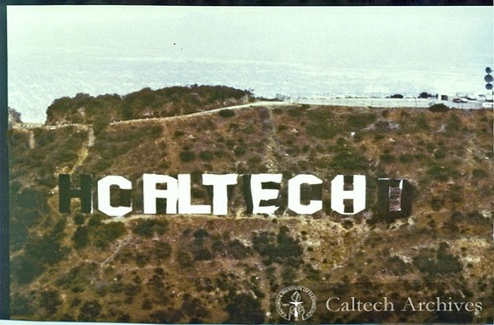 In 1983, an unknown number of students from Caltech University made the climb and modified the sign to read “CALTECH”--a loud declaration of pride for their Alma Mater. 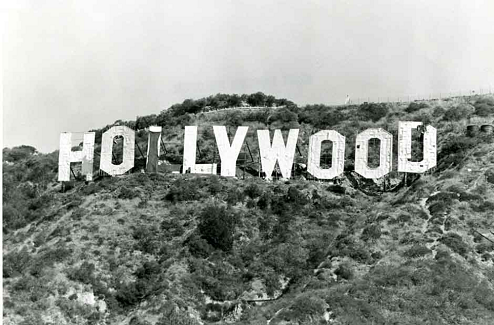 The sign’s next makeover came in 1987 when nine anonymous individuals concocted a plan in anticipation of Pope John Paul II’s visit to Los Angeles. No ordinary welcome was fit for the Pope, so our pranksters altered the sign to read “HOLYWOOD” in an extravagant greeting. Although the nine perpetrators’ intentions are not known for certain, their handiwork was removed all the same before his Holiness ever laid eyes on it. 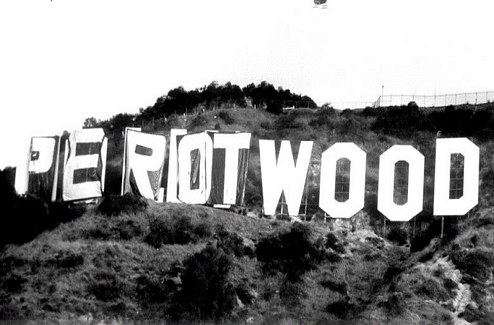 After seeing these playful alterations, though, people came to recognize the sign as a vessel for sending exigent political messages, and it was used as such for the first time in 1990 when ten individuals from the group Artists for Social Responsibility altered the sign to read “OIL WAR” in protest of the Gulf War (the controversy-ridden conflict that involved 35 nations and preceded Operation Desert Storm). The sign was swiftly restored after the change was made, but not without having left a potent statement in the minds of all who saw it. The next episode of sign alteration followed suit with this political trend, reading “PEROTWOOD” to show support for the 1992 presidential candidate Ross Perot. Eight years later in 2010 another political statement, “SAVE THE PEAK”, took over the sign, this time protesting the development of luxury housing on an unowned peak just west of Mount Lee. 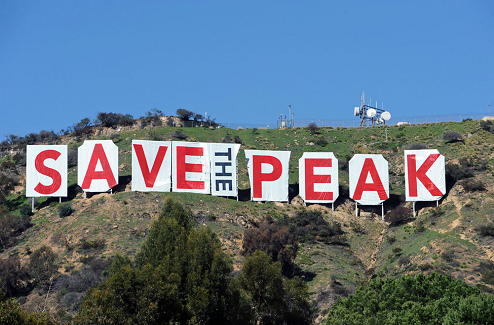 Most recently, on January 1st, 2017 “HOLLYWeeD” returned. The state of California’s late 2016 decision to recreationally legalize adult use of marijuana prompted this final alteration that was done by an anonymous individual who completed the escapade by cover of night.

Since this last incident, the sign’s security has been revamped and improved in hopes of deterring future alterations, complete with surveillance cameras, fences, and security lights. Does this mean we’ve seen the last of the Hollywood sign’s transformations? It’s hard to say. One thing is for sure, though: no force in the world can thwart an Angeleno with a point to make or a story to tell.

Join our Hollywood History tour to see the actual sign, as in HOLLYWOOD!