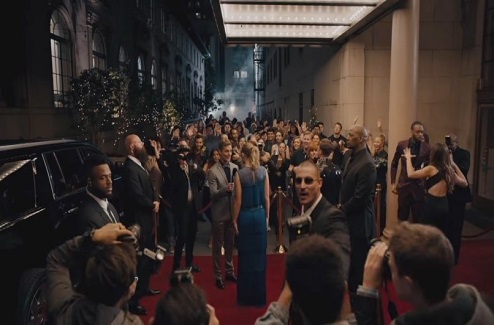 Taylor Swift’s music video for her song “Delicate” (2018) features quite a few different locations in Los Angeles. Let’s follow Taylor on her journey through LA!

Taylor starts at a red carpet entrance to an unnamed venue, surrounded by paparazzi. She is handed a note by an anonymous man. This opening scene was filmed at the ramp entrance to the main hallway of the Biltmore Hotel!

The Biltmore Hotel opened in 1923, designed in the Beaux-Arts architectural style. It features frescos and murals painted by Giovanni Battista Smeraldi, known for his work in the White House and the Vatican. The hotel is credited as the birthplace of the Academy Awards, and the ceremony was held in its grand Biltmore Bowl ballroom several times. 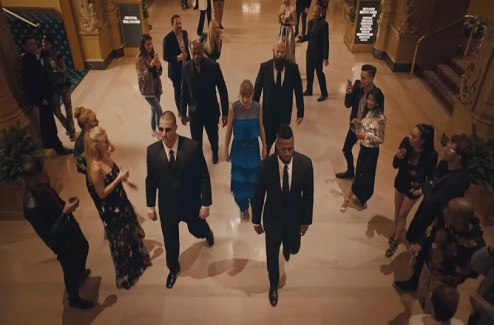 Taylor goes to the restroom and reads the note she was handed. She makes faces in the mirror. Some young women enter, and Taylor realizes that she is now invisible. This restroom is actually the Ladies’ Dressing Room of the Los Angeles Theatre, a five-minute walk away from the Biltmore! 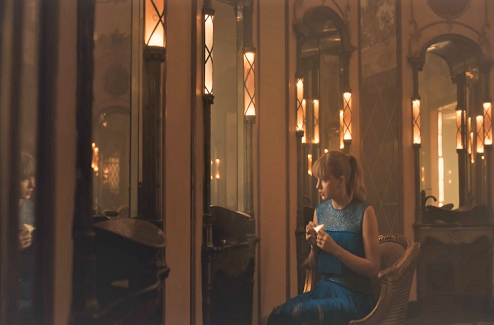 The Los Angeles Theatre opened in 1931 among the glittering lights of Broadway, the last movie palace constructed downtown before the movie industry embraced Hollywood. Charlie Chaplin invested some of his own money to ensure its completion, for the world premiere of his movie City Lights (1931). Of the twelve extant downtown movie palaces, the Los Angeles Theatre is recognized as one of the most extravagant! 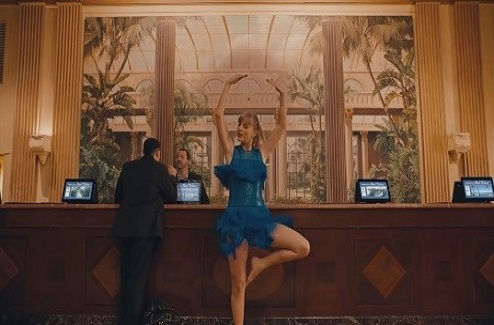 Taylor is out of the "restroom" and back in the hallway of the Biltmore. Her bodyguards do not see her either, and she is now free of them. She dances like nobody is watching… and nobody is! She joyfully marches and pirouettes through the hallway and in the lobby of the hotel. 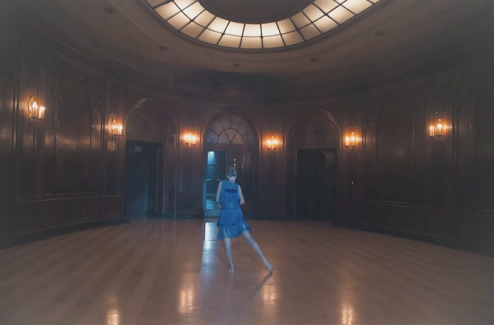 The next cut shows Taylor dancing alone, now in an empty ballroom. This is actually back in the Los Angeles Theatre! 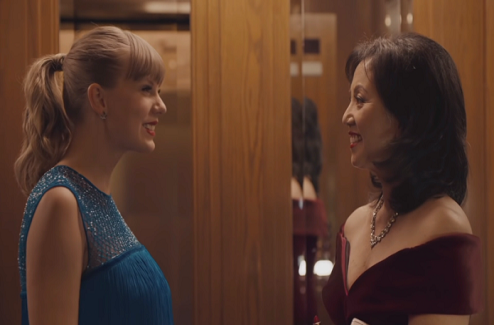 Taylor leaves the ballroom and gets into an elevator back at the Biltmore Hotel. She is reminded of her continued  invisibility by a woman adjusting her makeup in the mirror, gazing directly through Taylor. 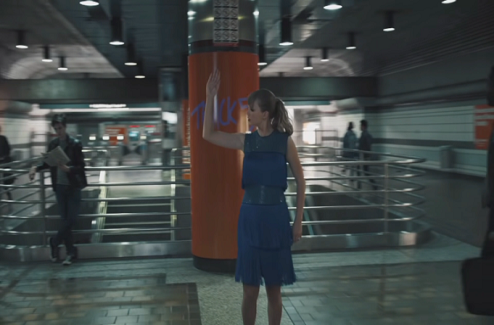 Taylor carries on dancing, now at a subway train station. The graffiti spray-painted onto a column behind Taylor reads “TRACK 5”. This song “Delicate” is the fifth track of her album Reputation. This train station is actually the 7th St/Metro Center subway station operated by LA Metro. She is at the Hope Street entrance/exit, next to The Bloc shopping center. 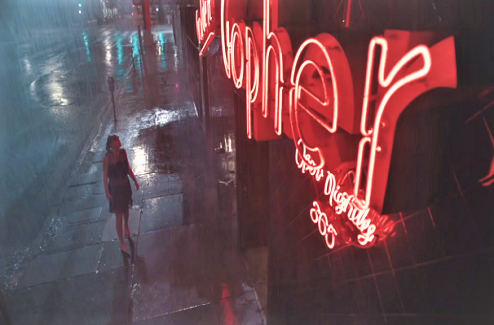 Finally, Taylor walks to the Golden Gopher bar. She smiles once she sees the person she was hoping and searching to find.

The Golden Gopher originally operated as the “Golden Sun Saloon,” and was once rumored to be owned by Teddy Roosevelt! It has been the Golden Gopher since 2004, and is located about a 5-minute walk from St. Vincent’s Court. 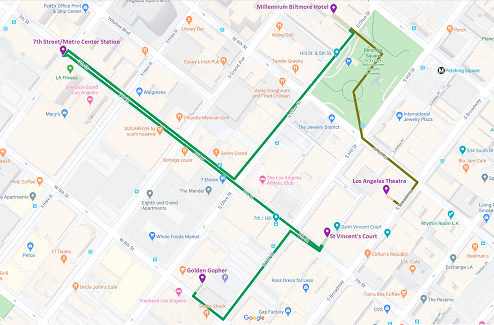 Some of these sites can be visited on our Filming Locations tour. Or you can visit these locations on your own. Below is a map of the fictional route that Taylor takes in this music video.