Abbot Kinney: The Doge Of Venice-Of-America 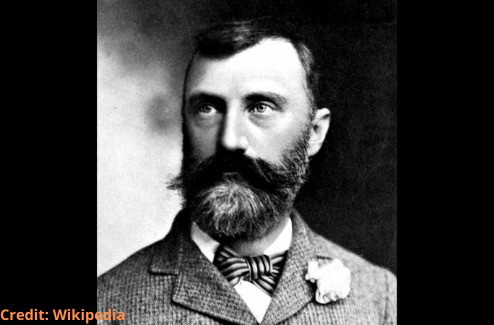 A doge was an elected lord and chief of state in several Italian city-states, notably Venice and Genoa, during the medieval and renaissance periods. Such states are referred to as "crowned republics".

The best way to understand Abbot Kinney’s importance to Venice is to recognize that Venice, CA wouldn’t exist if not for him. It would most likely remain the swampy marshes it was or a giant field of oil derricks. So, who is the man who envisioned a seaside resort where everyone else saw a useless tract of land?

Born in 1850 in New Jersey, Kinney grew up in Washington DC with a family that worked in politics and eventually owned and operated a very successful tobacco company. Upon finishing high school, he pursued his university education in Heidelberg, Paris, and Zurich. It was during this time that he fell in love with the culture, history and design of Venice, Italy on a walking tour which would later inspire his own Venice-of-America.

His wide array of work and travels instilled in him a sense of ambition and multicultural appreciation. He worked for the National Guard and a US Geological Surveying agency that took him up and down the east coast, to the Dakota Territories, Utah, Oregon, and California, including the Yosemite area. Later his work with his family’s tobacco business took him to Egypt and modern-day Turkey, where he narrowly escaped a military incursion. Throughout his travels, he drank in the rich cultures of Old World Europe, India, New Guinea, Australia, and Hawaii. 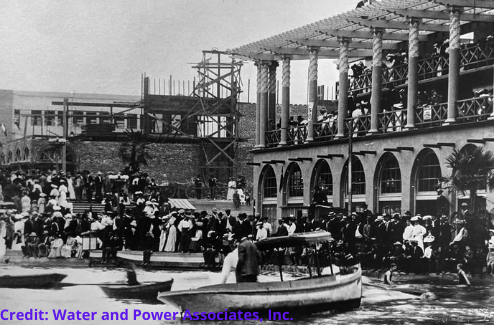 In 1880, his work brought him to Northern California, where a winter storm would postpone his train travel across the Sierras back to the east coast. Kinney, having long battled asthma and insomnia, took this opportunity to make an impromptu detour to a Sierra Madre health resort he had recently learned of for treatment. The arid climate of Southern California had become a destination for people battling all types of ailments. During his stay, Kinney experienced incredible results and fell in love with the surrounding area. He had found his home! He bought a 550-acre estate that he lovingly named “Kinneloa,” intent on growing a citrus empire and winemaking operation. He was later named the Chairman of the State Board of Forestry and his work introduced him to his future wife – Margaret, the daughter of a California Supreme Court Justice. They would build a life together in Southern California and have seven children. While raising his family, he followed his passion for land and real estate development that would eventually lead to his vision of a Venice-like town in California.

Interestingly, Kinney’s vision for Venice was slightly different than what would bring it commercial success. Inspired by Old World Europe, he hoped his Venice-of-America would be a place to usher in a Renaissance-like era of prestige—a cultural mecca filled with theater, art and lectures for the intelligentsia. He hired renowned planners, designers, and architects to bring Old World European and East Coast Seaside influences to the Classic Italianate buildings, iconic canal system, and amusement piers. 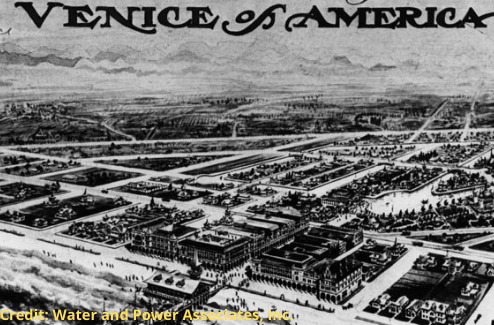 Kinney soon realized that the cultural institutions he envisioned weren’t what the public craved when visiting Venice-of-America. Accordingly, he pivoted away from his Renaissance ambitions and focused on the Coney Island-style amusement aspect of operations to meet his financial goals. So, while his vision for commercial success was achieved during his lifetime, his aspirations to create a cultural beacon was not.

While it’s fun and interesting to explore the events and actions of Abbot Kinney’s life, it’s even more important to examine the character of the great man who brought us the Venice we love. He was extremely well-travelled, cultured, and a polyglot of six languages—a combination that produced two defining attributes: an idealistic drive to spread the joy of this multicultural knowledge and a socially progressive mindset that was well ahead of its time. Firsthand accounts tell of Kinney giving leadership positions in the design and operation of Venice to African Americans in a time when this was rare. He also had a longtime chauffeur, Irvin Tabor, that he respected and cared for so greatly that he refused to give segregated establishments like restaurants and hotels his business. Tabor would go on to leadership positions and become a business owner himself. Kinney had hopes of integrating Venice’s residential area, but that was unfortunately a little too ahead of its time. 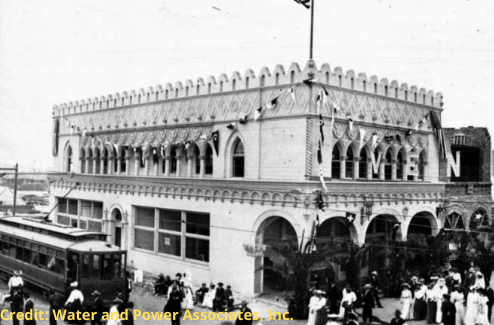 Abbot Kinney lived with a tenacity that few people can match. When he had a goal and a vision, he saw it through with great detail, passion and at times, an iron fist. Endless hurdles and disasters plagued Venice’s creation--ineffective contractors, labor strikes, winter storms that literally flattened structures along the coast--yet he soldiered on, mustering fresh resources and ideas to meet his goals. This was a man of ambition and ideals -- the quintessential California Renaissance man! In some poetic way, Venice has and still is achieving cultural relevance in a way he could not have imagined. Movements known the world over have sprouted from this marshy waste that he elevated--beat poetry, jazz, rock 'n' roll, surfing, skate sports, street art and bodybuilding all have strong roots in Venice, CA.

Venice is coming full circle--and all roads lead to Abbot Kinney! Join us on a walk of the Venice Boardwalk & Canals when you’re in town!
* Cover photo: Mural of Abbot Kinney by Rip Cronk in Venice, Library of Congress